The Leichhardt Espresso Chorus is a vibrant, enthusiastic group of community members who love to sing and make music.

The Leichhardt Espresso Chorus is a community choir of over 80 singers. Founded in 1998 by Artistic Director Michelle Leonard, the Chorus includes a chamber choir, Ristretto, and is accompanied by Benjamin Burton. 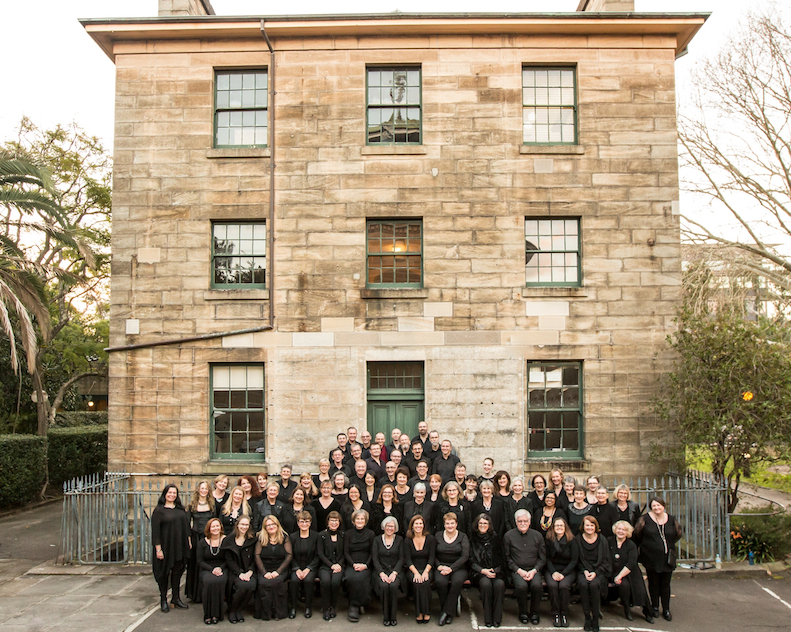 The LEC actively celebrates new Australian choral music by an extensive annual program of commissions, partnerships and collaborations with composers, ensembles and musicians. We have commissioned, co-commissioned and performed world premieres and arrangements of well over 100 choral works since 1998.

In both 2015 and 2018 the LEC was nominated in the APRA/AMCOS Art Music Awards for its commissions and performances for Dan Walker’s Mass of Deliverance and Alice Chance’s Fiat Lux. The LEC is also the inaugural winner of the Music Council of Australia National Music in Communities Award.

For the past 16 years The LEC has produced the annual Carols on Norton, an outdoor concert which features new Australian and traditional Christmas carols. This concert includes a children’s choir each year to perform alongside adult singers and chamber orchestra.

The choir also performs large choral works such as Carmina Burana at Carriageworks, Vivaldi’s Gloria in 2014, and Handel oratorios Messiah, Israel in Egypt, Saul in 2016 and Solomon in 2017.

For our 20th birthday, the LEC performed Messiah Reimagined at the Marrickville Town Hall and again for our 21st birthday celebrations in 2019 at the City Recital Hall. Celebrating Handel’s Messiah by reimagining the work, creating new compositions by Australian composers the LEC has worked with over this period.

Michelle Leonard OAM is the founding Artistic Director and Conductor of Leichhardt Espresso Chorus and its chamber choir, Ristretto. She is widely sought after as a choral clinician on Australian repertoire and appears regularly as a guest speaker, adjudicator and workshop facilitator. Michelle was awarded the Order of Australia Medal for Services to the Community and Performing Arts in 2017.

Michelle is also the founder, Artistic Director and Conductor of Moorambilla Voices. This nationally awarded program seeks at its core to give country kids a rare opportunity to sing, dance and create incredible performances with artists of the highest calibre. The friendships, performances and opportunities the children make are life-changing. Under Michelle’s direction, the choirs and annual program has flourished, receiving numerous national and state awards.